It is funny how emotions of humans beings (talking about me in particular, yes me again who else right) can be stirred and affected by a myriad of random things.

Just the other day, arising from the announcement by our neighbouring country up north about the lock-down that included us, a second wave of panic-buying albeit to a lesser extent maybe ensued. Despite that it was not as bad as when the DORSCON was raised to Orange when I was shocked by how people reacted and emptied all the shelves in supermarkets and minimarts, it was evident that people are stocking up on the usual necessities such as toilet paper (apparently this is a global phenomenon), but this time even things like bread, rice, biscuits, etc., were being snapped up.

In the first round, people were mainly stocking up on dried foods and things like instant noodles and canned food disappeared from the shelves. With Malaysia being a major source of food supplies to us, I guess people were concerned about the staples running out so more different things flew off the racks. As much as I did not join in with the buying because I think I shouldn’t be stock-piling or hoarding things that would ultimately expire (and result in me eating even more expired stuff), seeing those shelves that laid bare and empty somehow left a feeling of emptiness (too) in me. A wave of sadness arose in me, and it is weird because I described it as ‘sadness’ but why do empty shelves stir up such feelings of dejection and sadness?

It is similar to the kinds of feelings I experience these days when I see the setting sun at dusk. Although sunset is often lauded and admired by many for the beauty of nature when the brilliance of the setting sun casts magnificent masterpieces that many have captured and posted on social media, the setting sun that gradually leads to a darkening sky seems to invoke that same sense of sadness. I inferred that this could be linked to the feeling that something is coming to an end, just like the bare shelves signify a similar sense of forlorn, the heaviness that weighs on my heart is undeniable.

In my ‘past life’, I went through a hedonistic phase where night fall on weekends, sometimes even on weeknights, meant a renewed lease of life as I spent hours in clubs/pubs, imbibing copious volumes of alcohol of all varieties, lost in the pulsating loud music and alcohol-induced high. These days, I think I have become the exact opposite. I may be able to appreciate the beauty of the night sky, but I much prefer the break of dawn, when the rising sun creeping up slowly from beyond the horizon lights up the world as life starts to stir and awake. 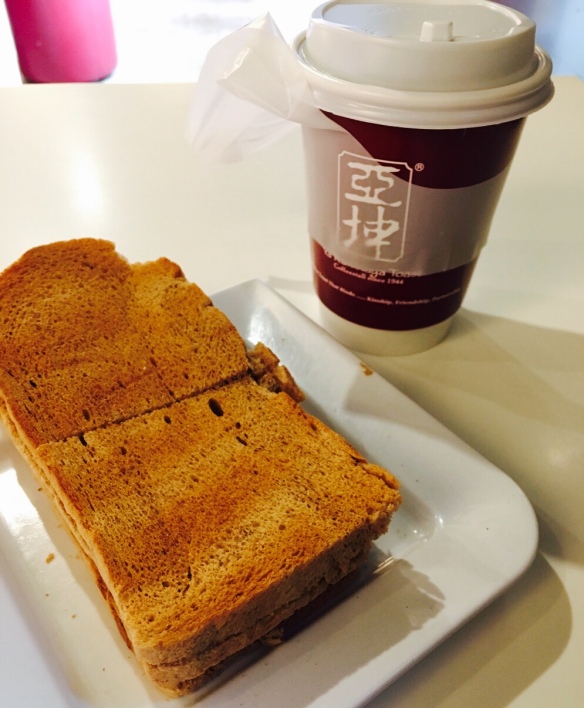 I don’t think the number of call-meetings I had this week was more than last, but I don’t know why I feel more tired this week as compared to last, and have not been more glad that it’s finally Friday.

My unhealthy indulgence. And a boring one at that! I couldn’t resist not ordering this when I saw that they had it in Spinelli, which is really rare, because I cannot even remember when was the last time I had it. So let’s cheers to the calories to celebrate that the Honey Oat Bran muffin was available that day! 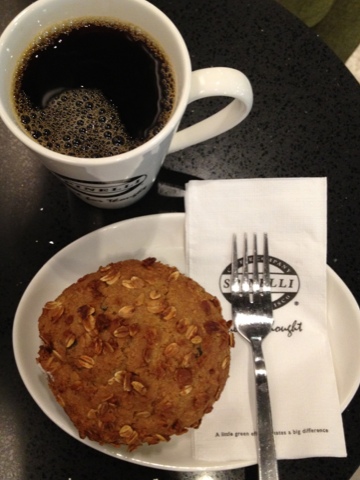 However, perhaps my expectations were raised too high that on that day as I had it, it didn’t feel as great as before. Or maybe the whole anticipation and imagination of it had me thinking about it in all its grandeur that was much more than what it could have been. The pitfalls of expectations, even of food! What I liked about this muffin was its texture because I love oats, and of course combined with the sugary rush that is a muffin, what is there not to enjoy about it? Besides, it doesn’t feel as dense and moist as some other muffins, and yet it is also not too dry, just the right amount of consistency in my opinion. But the one I had the other day felt a little dry, in that it crumbled more easily than what I could recall about my last experience. It was still good but not as good as I would have imagined. 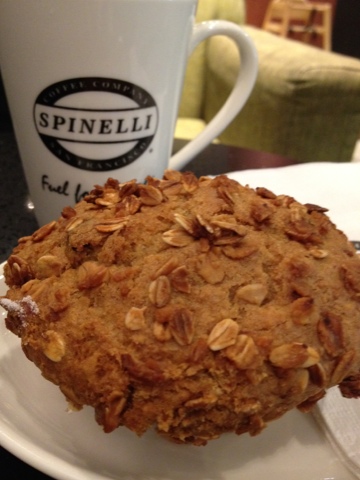 So that was a craving satiated, and maybe the next time if I see it again, I may just fall into it, unless there are other cravings that will overwhelm this oat bran muffin craze in me.

I used to be someone who could literally sleep till the sun sets. When I was a student, my mum was always complaining that I am a late-riser, because I go to sleep late at night, and I could spend the whole morning and even afternoon still asleep, then wake up maybe just before dinner. Of course this doesn’t happen all the time but it was something I was completely capable of. Now, this is totally unimaginable for me; maybe not impossible but perhaps as the years go by and as much as I guess one needs less sleep as one grows older, I find time to be too precious to be spent sleeping. I know sleep is important, and I try to keep a certain numbers of slumber hours each night too, unsuccessfully, but then I try not to spend too much time sleeping.

And it isn’t difficult for me to wake up early in the mornings either. It used to be hard, but these days it has become a habit to rise early. Even on vacations I don’t really sleep in because I want to make the best of my time, especially since I don’t keep late nights (anymore, usually), my days have become more regular. Generally, I wake up at about the same time each day, regardless if it’s weekday or weekend, and I always wake up looking forward to breakfast.

My breakfast isn’t an elaborate affair, and to some people it is even boring and unthinkable, but it is what gets me motivated every morning. It is also a part of the travelling that I enjoy, because during those trips I fully indulge in breakfast, much more than when I am at home, and let myself eat more. Haha.

Sometime ago, I got to know about a way of having breakfast that I totally enjoy now. Typically, I have yogurt with cereals or fruits, but what I came across was based on oats. I used to make quick oats, mixing oatmeal with hot water and adding in some fresh or dried fruits to flavour, but then because it was hot, I didn’t enjoy it as much because it made me perspire thereafter. This way that I came to know about through a friend’s postings online makes cold oats, which is a great idea for me.

I went online to find out more about it and modified the ingredients a little, until now the main things that go into my breakfast oats are yogurt, flaxseeds, old fashioned rolled oats and fruits. I pre-mix the items and keep them in the fridge overnight so that the oats could be soaked up in the yogurt and soften, and in the mornings, add in the fruits. I used to also add in milk or soya milk but it made the texture of the oats a little too watery if I didn’t put in enough yogurt, so I decided to cut the milk and stick to just yogurt since that is my preference over milk anyhow.

This doesn’t look very palatable, especially to some of my friends who think I am eating baby food but it is something I really love and look forward to each morning! It is only on rare occasions when I bring this to office that I cut the fruits and put them into the jar, otherwise everything is in a bowl that I eat out of at home.

It is a generally healthy way of having cold breakfasts, and I’m glad I got to know about this! My mum has her theory of cold breakfasts being not so good for the body, maybe she has a point there too because some of my friends can’t take cold stuff for breakfasts, but so far I think it is still ok for me. As I was rummaging through for used plastic bags to put the jar into one morning, I found this. 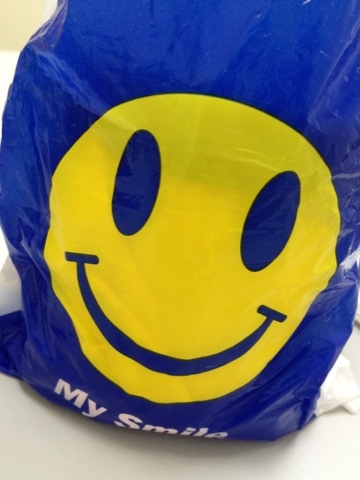 Helps to make the morning even better, doesn’t it? Have a good Friday and great weekend coming up!